I saw this here, and frankly I give them credit. I find it hard to believe there is a more impactful first paragraph in all of Wikipedia's articles:

Lieutenant-General Sir Adrian Paul Ghislain Carton de Wiart VC, KBE, CB, CMG, DSO (5 May 1880 – 5 June 1963), was a British Army officer of Belgian and Irish descent. He served in the Boer War, First World War, and Second World War, was shot in the face, head, stomach, ankle, leg, hip, and ear, survived a plane crash, tunneled out of a POW camp, and bit off his own fingers when a doctor refused to amputate them. He later said, "Frankly I had enjoyed the war." -

This is the bloke the paragraph refers to: 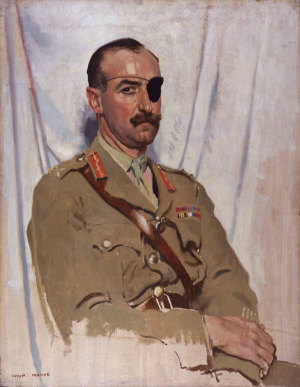