The story of the week: the 2008 Booker Prize winner in the category

This is a story by Clare Wigfall, which I found very interesting if a little meandering. 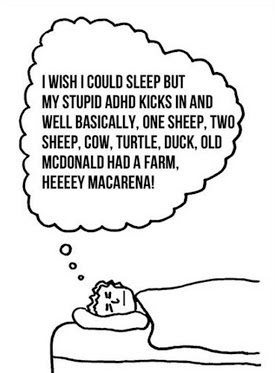 Let me know what you thought, as usual, after the break!

I cleared 9 plates and 12 glasses and 2 spent whisky bottles at the end of the night, and found just 1 glass unemptied. The wee 1 Mother used to favour, with a lick of blue paint around its rim. It was the glass that Domhnall MacAindreas had been sipping from. That man has nay been kent to leave even a single drop at the bottom of his whisky glass, so I kent he’d done so out of spite. For all folk ken that it is dangerous to the health of a newborn bairn not to finish your glass.

I had missed 1 full week of the gutting. And as I walked again athwart the hills I realised I had not thought once about Willeam MacGhobain. In fact, it seemed a lifetime now since that morning when I’d 1st climbed into his boat and said helloo. I wondered if he had noted my absence.
As I drew closer to the beachfront, I began to grow apprehensive, and had to count 8 for a while. The others surely would have spoken to him already. I had to stop myself from running the last stretch because I wanted to grab him and shout, ‘No, none of it’s true. She’s nay bad luck, that’s foolish talk. There’s naught unnatural or darksome about her. She’s beautiful. Beautiful. You’d ken it too if you could see her!’
But to my shock, as I took his hand and climbed into the boat, I didn’t see that look of discomfit that I expected. Instead he smiled, that halting smile of his, and asked me what I’d called her.
‘Sine,’ he repeated after me, as if he wanted to taste the sound of the word in his mouth. It is our word for gift.
‘Sine,’ I replied.
Milk
He came on a gustery afternoon.
I was alone with her, Faither having gone up on the croft to help Iain with a sickly ewe. The sky was greying up outside, and I’d been forced to light the lamp. I had a batch of wool for carding, but 1st wanted to set a pan of milk on the fire to warm because I could tell she’d be getting hungry. You would not believe how she had grown. How healthy the wee creature was looking.
The shock of him banging at the door like that caused me to spill the milk all ower the hearthstones. Like a madman he was banging, and a moment later he came storming through the door, letting in the wind and the cauld with him. ‘Where be the bastard?’ he roared. ‘Where is it hiding?’
I have never seen a man so filled with fury. His eyes were blazing with it, and it seemed to charge the air about him. He burst into our wee living room afore I could say a word. Cursing, he knocked against the side table, and in his anger hurled it athwart the room so it broke in 2. His hair was all uncombed, and he was reeking of drink, his breath dank with it. Unwashed he was too. I could smell the sweat and grease of him, like the wool afore it has been soaked. He was like a man possessed, not seeing of me at all, just focused on his purpose. His voice was raging and his words coarser than any I’d ever heard spoken by any man.
They asked me later why I did nothing, but what they don’t understand is that it all happened so fast.
He saw the basket beside the fire and grabbed for her, his hairy fingers snatching her from the cushions and shaking the poor thing as if she were little more than a sack of potatoes.
I did cry out. That I did. But his arm smacked me sharply around the head so I fell hard against the wall, and by the time I had arisen he was already out the door again.
I ran straight after them, hollering at him to let me have her back, but he is a big man, Domhnall MacAindreas, and more than once he sent me reeling. I was like the irritation of a fly to him, easily swatted away.
I could not catch him, even stumbling as he was for all the drink in him. And I tell you how I did try. I grabbed at his shirtsleeves, and caught a lock of his hair, and clung on 1 leg even, afore he kicked me away. I did try to stop him, harder than anything afore in my life.
But then it happened.
When I look again upon it now, in my dreams, in the recollections they forced from me, I see it all occur so slowly. It can nay have been that way, but certainly it was time enough for all colour to drain from my face. He appeared just to wobble backwards a moment on the dry gorse, his arm lifting as he did, and then he let her go and hurled her in a steep arc through the air. Where she fell, the lace coverlet she’d been wrapped in trailed milken athwart the black surface of the peat bog.
‘Bastard,’ he cried, stumbling, his legs criss-crossing and threatening to topple him. ‘Bastard, be gone with ye,’ he cursed.

I lost my senses, I’ll confess it now. When they pulled me from the bog, my skirts and hands and hair heavy with the thick black sludge, Iain had to slap me about the cheek afore I was able to collect myself again and see the matter straight. There is no use greiting ower spilt milk, was what my mother used to say.
Porridge
I went again this year to the gutting, and again Willeam MacGhobain was at the tiller.
‘Greetings to you, Peigi NicFionnlaigh,’ he said to me, with a short smile of sadness.
‘Greetings, Willeam MacGhobain,’ I replied.
The sickness started almost as soon as we pulled away from the shore, and I closed my eyes, feeling sure that this time my breakfast porridge would not have the strength to stay fast.
We did not speak either of us on the journey ower, and I believe it was because he did not ken what words to say to me. But on our return he touched my knee with his fingers as the oar stroked past, and said, ‘Why do you count like that, Peigi NicFionnlaigh?’
‘Pardon?’ I replied, for it took me a moment to work his meaning.
‘No,’ he said with a shake of his head, ‘no matter.’ He gave me a smile. ‘I heard you were ower on the mainland a few months back.’
‘That’s correct,’ I replied plainly. ‘And I don’t think I’d be wanting to return. All those folk and filth. I can nay ken how you suffer it.’ It had been the 1st time I’d ever ventured beyond the herring yard.
He tipped his head, and I saw the cauldness of my words had hurt him. He always was a soft lad. ‘Well, at least it looks as though the trial will reach its proper conclusion,’ he said thinly.
‘It looks that way.’
He pulled a few more strokes, his mouth tight, his eyes not looking in my direction. I felt suddenly sorry for how I’d treated him, when he was showing only kindness. But I didn’t ken how to right it.
‘To think that he’d been doing such wicked things with his poor simple sister,’ said I. I had to swallow hard, and for sure it must have been the tipping of the boat.
The numbers wouldn’t stay straight, they kept jumbling as I tried to order them.
Out of the corner of my eye, I glanced his way again and saw that he was watching me sadly, while his fine strong hands pulled the oars through the dark water.
I felt the lurching of my stomach, and thought how ugly I must look, green with the desire to vomit. My hands reeked of fish guts and salt and harsh carbolic soap. For a moment I thought how easy it might be to simply tip back ower the edge of the boat and sink beneath the grey waves.
But of course now, that would have been against reason.

Email ThisBlogThis!Share to TwitterShare to FacebookShare to Pinterest
Tags: Art, by Massa, Interesting, Literature, The Story of the Week