In terms of predictions, there is not much difference between the oracles, druids, shamans, astrologists and modern day scientists. Guess it right more than 50% of time and you can probably make a decent living out of it. 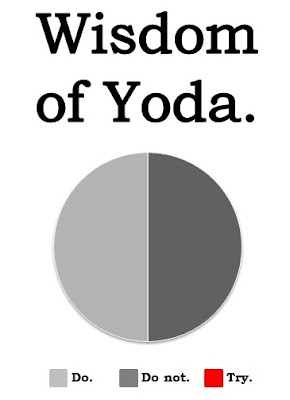 Caught an article the other day (to read it you have to subscribe to the FT for free), about a study by a group of Cambridge academics whom analysed some 60 thousand Facebook profiles and compared these with personality tests of those same users. By correlating both sets of data they came up with a number of predictors: for example guessing with an impressive 85% certainty whether the FB user was a democrat or a republican.


The FB information the scientists used to predict male sexual orientation was ‘liking’ the musical show Glee. I would have expected a 100% accuracy rate: likes Glee = is gay. Curiously they only got it right 88% percent of time, which is not as high as it sounds. If the gay segment is 5-10% of the population, by guessing ‘straight’ all the time you should be 90-95% accurate. Maybe bicurious, bisexuals, closet gays and party animals who once made a hard to forget mistake while drunk account for the difference in gay-dar accuracy?
In any case, this study is just the tip of the iceberg. This was a scientific paper that proves what can be done. But academia is small and poor. Move this to the business space, where money and other resources are much more abundant and imagine the potential. Advertisers and retailers will be able to guess that if your Fb public profile contains a ‘like’ for Coke, holidays in Sumatra, hand made paper, the smell of Crayola and 3 other things you will, with 95% certainty, like Domino’s new ‘Sweet chicken curry’ pizza flavour (incidentally, a very popular choice in Japan). Or whom are you likely to vote for. Or whether you use drugs every now and again, maybe because you cant get over the fact your parents got divorced before you were 18 (all 3 traits were part of the Cambridge study, accuracy of predictions ranging from 85% to 60%).
Of course there are all kinds of personal privacy concerns, and the various regulators will be trying to stop or limit what business can know –or guess- about you. As readers of this column may know from previous posts, I believe that business will always win over government regulation, simply because business has more, better and bigger weapons (bureaucrats motivated, at best, by patriotism vs talented, well funded people, motivated by greed).
I also believe people should be accountable for their actions. I have shared tons of my personal data, mostly in exchange for convenience: I have allowed various governments (from the more responsible British and American to the dodgier Arab Emirates and China plus maybe a dozen more in between) to finger print me and/or photograph my retina in exchange for a shorter queue at immigration. This for me was a fair trade off. So it was to allow the supermarket to monitor, via store card, my purchase habits. Based on quantities and how frequently I stocked up, I often got very well timed personalised vouchers for camembert cheese of a brand I had not tried before at a small discount versus my preferred one. And who can resist the accompanying offer of 3 for 2 on Chateauneuf du Pape? Keep my data, while I toast to the inventor of 64-bit encryption with my free bottle of French red.
So if you feel inclined to share with all and sundry that you like you new vacuum cleaner, that your 3 year old niece was christened on Saturday and that a quote from Deepak Chopra made your day, get ready for everyone to configure their perception of you based on that. Funny enough, whom you had in mind when you shared all this, your friends, probably knew already that you keep your house nice and clean, that you have a sibling (whom you are in good terms with), that you are Christian but have a taste for Eastern philosophy and maybe yoga. Now total strangers know this much about you too – and soon they will be able to predict based on these data gifts 100 other of your personality traits. The question is  then: Like?
Posted: 7.4.13