The story of the week: all of us know a person like this

In my case, it was a woman, in my first year of Engineering. She used to answer all the questions all prissily and showing how much she knew. At first we respected her, but then we found out that she was giving that subject again - she had failed the first time... 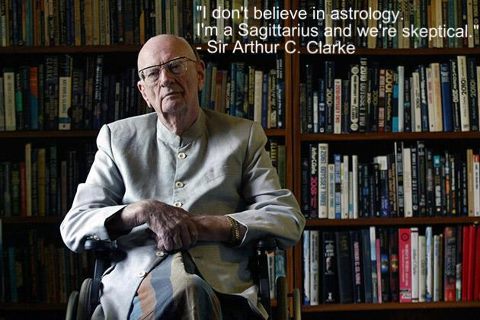 So, one day, when she started answering, we shushed her repeatedly, again and again, all 100 of us, until she stopped pretending to know firsthand what she had failed to know the first time. And we got our objective: she never answered a question again. I know, I know - cruel, right? Well, you wouldn't think so if you had met her.

That's why I relate so much to the story below. As usual, after the break.

The man who knew too much


I first met Private Quelch at the training depot. A man is liable to acquire in his first week of Army life-- together with his uniform, rifle and equipment -- a nickname. Anyone who saw Private Quelch, lanky, stooping, frowning through horn-rimmed spectacles, understood why he was known as the Professor. Those who had any doubts on the subject lost them after five minutes' conversation with him.

I remember the first lesson we had in musketry. We stood in an attentive circle while a sergeant, a man as dark and sun-dried as raisins, wearing North-West Frontier ribbons, described the mechanism of a Service rifle.

'The muzzle velocity, or speed at which the bullet leaves the rifle', he told us, 'is well over two thousand feet per second.'

A voice interrupted. 'Two thousand, four hundred and forty feet per second.' It was the Professor.

'That's right', the sergeant said without enthusiasm, and went on lecturing. When he had finished, he put questions to us; and, perhaps in the hope of revenge, he turned with his questions again and again to the Professor. The only result was to enhance the Professor's glory. Technical definitions, the parts of the rifle, its use and care, he had them all by heart.

The sergeant asked, 'You had any training before?'

The Professor answered with a phrase that was to become familiar to all of us. 'No, Sergeant. It's all a matter of intelligent reading.'

That was our introduction to him. We soon learned more about him. He saw to that. He meant to get on, he told us. He had brains. He was sure to get a commission, before long. As a first step, he meant to get a stripe.

In pursuit of his ambition he worked hard. We had to give him credit for that. He borrowed training manuals and stayed up late at nights reading them. He badgered the instructors with questions. He drilled with enthusiasm, and on route marches he was not only miraculously tireless but infuriated us all with his horrible heartiness. 'What about a song, chaps?' is not greeted politely at the end of thirty
miles. His salute at the pay table was a model to behold. When officers were in sight he would swing his skinny arms and march to the canteen like a Guardsman.

And day in and day out, he lectured to us in his droning, remorseless voice on every aspect of human knowledge. At first we had a certain respect for him, but soon we lived in terror of his approach. We tried to hit back at him with clumsy sarcasms and practical jokes. The Professor scarcely noticed; he was too busy working for his stripe.

Each time one of us made a mistake the Professor would publicly correct him. Whenever one of us shone, the Professor outshone him. When, after a hard morning's work cleaning out our hut, we listened in silence to the Orderly Officer's praise, the Professor would break out with a ringing, dutifully beaming, 'Thank you, sir!' And how superior, how condescending he was! It was always, 'Let me show you, fellow', or, 'No, you'll ruin your rifle that way, old man.'

We used to pride ourselves on aircraft recognition. Once, out for a walk, we heard the drone of a plane flying high overhead. None of us could even see it in the glare of the sun. Without even a glance upward the Professor announced, 'That, of course, is a North American Harvard Trainer. It can be unmistakably identified by the harsh, engine note, due to the high tip speed of the airscrew.'

None of us will ever forget the drowsy summer afternoon which was such a turning-point in the Professor's life.

We were sprawling contentedly on the warm grass while Corporal Turnbull was taking a lesson on the hand grenade.

Corporal Turnbull was a young man, but he was not a man to be trifled with. He had come back from Dunkirk with all his equipment correct and accounted for and his pet kitten in his pocket. He was our hero, and we used to tell each other that he was so tough that you could hammer nails into him without his noticing it.

'The outside of a grenade, as you can see,' Corporal Turnbull was saying, 'is divided up into a large number of fragments to assist segmentation-'

'What's that?' The Corporal looked over his shoulder.

'Forty-four segments.' The Professor beamed at him.

The Corporal said nothing, but his brow tightened. He opened his mouth to resume.

'And by the way, Corporal.' We were all thunder-struck. The Professor was speaking again. 'Shouldn't you have started off with the five characteristics of the grenade? Our instructor at the other camp always used to, you know.'

In the silence that followed, a dark flush stained the tan of the Corporal's face. 'Here,' he said at last, 'you give this lecture!' As if afraid to say any more, he tossed the grenade to the Professor. Quite unabashed, Private Quelch climbed to his feet and with the air of a man coming into his birthright gave us an unexceptionable lecture on the grenade.

The squad listened in a cowed, horrified kind of silence. Corporal Turnbull stood and watched, impassive except for a searching intentness of gaze. When the lecture was finished he said, 'Thank you, Private Quelch. Fall in with the others now.' He did not speak again until we had fallen in and were waiting to be dismissed. Then he addressed us.

'As some of you may have heard,' he began deliberately, 'the platoon officer has asked me to nominate one of you for-' He paused and looked lingeringly up and down the ranks as if seeking final confirmation of a decision.

So this was the great moment! Most of us could not help glancing at Private Quelch, who stood rigidly to attention and stared straight in front of him with an expression of self-conscious innocence.

'-for permanent cookhouse duties. I've decided that Private Quelch is just the man for the job.'

Of course, it was a joke for days afterwards; a joke and joy to all of us.

My friend Trower and I were talking about it a few days later. We were returning from the canteen to our own hut.

Through the open door we could see the three cooks standing against the wall as if at bay; and from within came the monotonous beat of a familiar voice.

'Really, I must protest against this abominably unscientific and unhygienic method of peeling potatoes. I need only draw your attention to the sheer waste of vitamin values...'

Email ThisBlogThis!Share to TwitterShare to FacebookShare to Pinterest
Tags: Art, by Massa, Humor, Interesting, Literature, The Story of the Week, US of A