At 28 I decided I was ready to leave the comfort of family home and rented my own place. Disappointingly though, shirts and other garments tended to stay exactly where I’ve left them, a marked behavioural change from what they did at my parent’s: move back to the closet, washed and ironed. 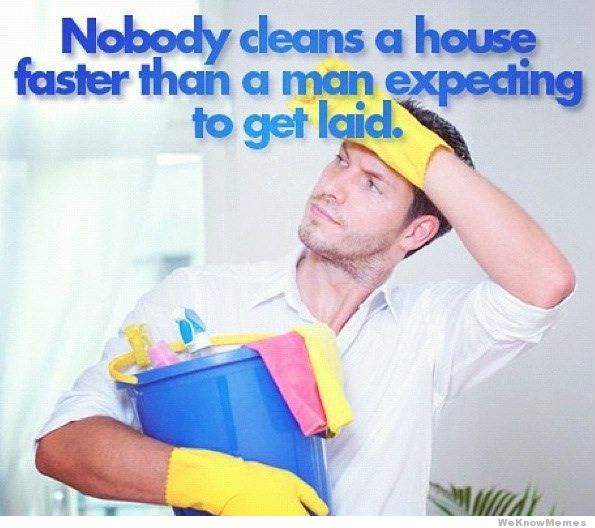 I thought the poor things needed more time to get used to the new environment and to that effect I bought more clothes. After three weeks, 15 new shirts and 21 new boxers, everything remained stationary, and I ran out of flat surfaces where park my Gin & Tonic while I played Zelda on my Game Cube 64.

My mother explained to me that not everything was lost and that my clothes could revert to their previous habits, I just had to stimulate the change... with washing powder.

Off to the supermarket, I bought one with the inscription Makes washing EASY! in big red font on top of
some sort yellow explosion.

Back home, left the box on top of my clothes and went to bed. Overnight, the powder did, precisely, bugger all. Everything was still unwashed, immutable and perfectly static the morning after.

Broken hearted I eventually cancelled my tenancy agreement and moved back with my parents, decided to stay there until I had enough money to pay for rent AND a maid.

I have not had such big disappointments from blatant mis-selling since the Laundrygate, until now. Whereas the consequence then was going back to my family home, in the process nullifying, again, my sex life, this time I have decided to stop taking pictures.

Then take your pictures, 24 or 36 of them, extract the exposed film and take it to the shop where after something between an hour and a week, and an extortionate amount of money, you would get back maybe 23 pictures, 20 with no finger in the lens, 18 more or less correctly exposed, and 2 worth keeping. Pin these two to the cork-board in the kitchen and throw the rest into a cardboard box marked ‘photos’.

At some point in the 2000’s digital photography became the norm, more pixels, smaller cameras, more memory promptly followed. In parallel computer hard disks’ grew from mega- to giga- to tera-byte storage. The result of this photographic arms race was that for every event, a birthday say, we now have a few hundred pictures taken instead of the traditional 24. Of course the intention behind taking hundreds of pictures of the same cat is deleting the bad ones later – but intentions are just that and the two hundred pictures end up in my hard drive ‘to organise later’.

I have reached a point where I have well in excess of 7,000 pictures in my iMac. Some are just a blur, hundreds are not even rotated. As a borderline OCD case, the concept of 7000 ‘completely disorganised’
pictures drives me insane, to the point that lately I have considered committing some felony that carries a sentence of three months in a minimum security institution, where the risk of gang rape is low but still will have little else to do and no kids to demand computer time. There I could organise my stock, delete the most ugly takes and for God sake, rotate the whole collection up to make it watchable as a slide show.

I have stopped taking new pictures, as in my mind more pictures compound my problem.

True, some cameras now auto-rotate which helps, iPhoto sorts them in ‘events’ with reasonable precision, and it says it can recognise people (never tried it) – but it cannot do the thing I need the most: choose the best shot out of 20 of the same cat.

Technology sometimes disappoints. Will I go back to film? No, too expensive, too hard to find shops that
stock Kodachrome (especially since Kodak went bankrupt). Given that the root of the photo problem is the same as the laundry one –I am older and lazier every day- the shape of the solution may also be the same…

This guy I know used to paste post-it notes on his Palm Pilot screen for his secretary to input later; I wonder if I can I ask the maid to sort out my pictures for me?
Posted: 2.3.13