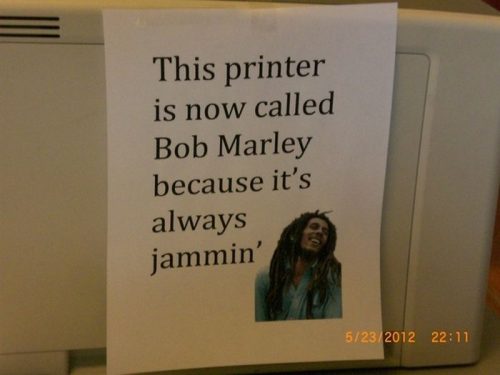 1) Two hunters are out in the woods when one of them collapses. He doesn't seem to be breathing and his eyes are glazed. The other guy whips out his phone and calls the emergency services. He gasps, "My friend is dead! What can I do?" The operator says "Calm down. I can help. First, let's make sure he's dead." There is a silence, then a gun shot is heard. Back on the phone, the guy says "OK, now what?"

2) Sherlock Holmes and Dr Watson were going camping. They pitched their tent under the stars and went to sleep. Sometime in the middle of the night Holmes woke Watson up and said: "Watson, look up at the stars, and tell me what you see." Watson replied: "I see millions and millions of stars." Holmes said: "And what do you deduce from that?" Watson replied: "Well, if there are millions of stars, and if even a few of those have planets, it’s quite likely there are some planets like Earth out there. And if there are a few planets like Earth out there, there might also be life." And Holmes said: "Watson, you idiot, it means that somebody stole our tent."

3) A woman gets on a bus with her baby. The bus driver says: "That's the ugliest baby that I've ever seen. Ugh!" The woman goes to the rear of the bus and sits down, fuming. She says to a man next to her: "The driver just insulted me!" The man says: "You go right up there and tell him off – go ahead, I'll hold your monkey for you."