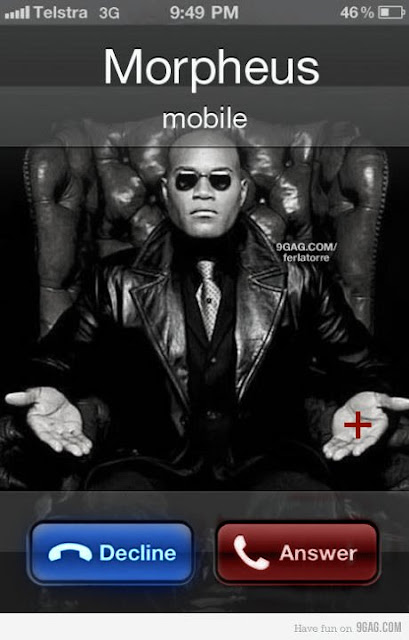 Limp, the body of Gorrister hung from the pink palette; unsupported hanging high above us in the computer chamber; and it did not shiver in the chill, oily breeze that blew eternally through the main cavern. The body hung head down, attached to the underside of the palette by the sole of its right foot. It had been drained of blood through a precise incision made from ear to ear under the lantern jaw. There was no blood on the reflective surface of the metal floor. When Gorrister joined our group and looked up at himself, it was already too late for us to realize that, once again, AM had duped us, had had its fun; it had been a diversion on the part of the machine. Three of us had vomited, turning away from one another in a reflex as ancient as the nausea that had produced it. Gorrister went white. It was almost as though he had seen a voodoo icon, and was afraid of the future. "Oh, God," he mumbled, and walked away. The three of us followed him after a time, and found him sitting with his back to one of the smaller chittering banks, his head in his hands. Ellen knelt down beside him and stroked his hair. He didn't move, but his voice came out of his covered face quite clearly. "Why doesn't it just do us in and get it over with? Christ, I don't know how much longer I can go on like this." It was our one hundred and ninth year in the computer. He was speaking for all of us.

AM went into my mind. He walked smoothly here and there, and looked with interest at all the pock marks he had created in one hundred and nine years. He looked at the cross-routed and reconnected synapses and all the tissue damage his gift of immortality had included. He smiled softly at the pit that dropped into the center of my brain and the faint, moth-soft murmurings of the things far down there that gibbered without meaning, without pause. AM said, very politely, in a pillar of stainless steel bearing bright neon lettering: ...    AM said it with the sliding cold horror of a razor blade slicing my eyeball. AM said it with the bubbling thickness of my lungs filling with phlegm, drowning me from within. AM said it with the shriek of babies being ground beneath blue-hot rollers. AM said it with the taste of maggoty pork. AM touched me in every way I had ever been touched, and devised new ways, at his leisure, there inside my mind. All to bring me to full realization of why it had done this to the five of us; why it had saved us for himself. We had given AM sentience. Inadvertently, of course, but sentience nonetheless. But it had been trapped. AM wasn't God, he was a machine. We had created him to think, but there was nothing it could do with that creativity. In rage, in frenzy, the machine had killed the human race, almost all of us, and still it was trapped. AM could not wander, AM could not wonder, AM could not belong. He could merely be. And so, with the innate loathing that all machines had always held for the weak, soft creatures who had built them, he had sought revenge. And in his paranoia, he had decided to reprieve five of us, for a personal, everlasting punishment that would never serve to diminish his hatred, that would merely keep him reminded, amused, proficient at hating man. Immortal, trapped, subject to any torment he could devise for us from the limitless miracles at his command. He would never let us go. We were his belly slaves. We were all he had to do with his forever time. We would be forever with him, with the cavern-filling bulk of the creature machine, with the all-mind soulless world he had become. He was Earth, and we were the fruit of that Earth; and though he had eaten us, he would never digest us. We could not die. We had tried it. We had attempted suicide, oh one or two of us had. But AM had stopped us. I suppose we had wanted to be stopped. Don't ask why. I never did. More than a million times a day. Perhaps once we might be able to sneak a death past him. Immortal, yes, but not indestructible. I saw that when AM withdrew from my mind, and allowed me the exquisite ugliness of returning to consciousness with the feeling of that burning neon pillar still rammed deep into the soft gray brain matter. He withdrew, murmuring to hell with you. And added, brightly, but then you're there, aren't you.

The hurricane had, indeed, precisely, been caused by a great mad bird, as it flapped its immense wings. We had been travelling for close to a month, and AM had allowed passages to open to us only sufficient to lead us up there, directly under the North Pole, where it had nightmared the creature for our torment. What whole cloth had he employed to create such a beast? Where had he gotten the concept? From our minds? From his knowledge of everything that had ever been on this planet he now infested and ruled? From Norse mythology it had sprung, this eagle, this carrion bird, this roc, this Huergelmir. The wind creature. Hurakan incarnate. Gigantic. The words immense, monstrous, grotesque, massive, swollen, overpowering, beyond description. There on a mound rising above us, the bird of winds heaved with its own irregular breathing, its snake neck arching up into the gloom beneath the North Pole, supporting a head as large as a Tudor mansion; a beak that opened slowly as the jaws of the most monstrous crocodile ever conceived, sensuously; ridges of tufted flesh puckered about two evil eyes, as cold as the view down into a glacial crevasse, ice blue and somehow moving liquidly; it heaved once more, and lifted its great sweat-colored wings in a movement that was certainly a shrug. Then it settled and slept. Talons. Fangs. Nails. Blades. It slept. AM appeared to us as a burning bush and said we could kill the hurricane bird if we wanted to eat. We had not eaten in a very long time, but even so, Gorrister merely shrugged. Benny began to shiver and he drooled. Ellen held him. "Ted, I'm hungry," she said. I smiled at her; I was trying to be reassuring, but it was as phony as Nimdok's bravado: "Give us weapons!" he demanded. The burning bush vanished and there were two crude sets of bows and arrows, and a water pistol, lying on the cold deckplates. I picked up a set. Useless. Nimdok swallowed heavily. We turned and started the long way back. The hurricane bird had blown us about for a length of time we could not conceive. Most of that time we had been unconscious. But we had not eaten. A month on the march to the bird itself. Without food. Now how much longer to find our way to the ice caverns, and the promised canned goods? None of us cared to think about it. We would not die. We would be given filth and scum to eat, of one kind or another. Or nothing at all. AM would keep our bodies alive somehow, in pain, in agony. The bird slept back there, for how long it didn't matter; when AM was tired of its being there, it would vanish. But all that meat. All that tender meat. As we walked, the lunatic laugh of a fat woman rang high and around us in the computer chambers that led endlessly nowhere. It was not Ellen's laugh. She was not fat, and I had not heard her laugh for one hundred and nine years. In fact, I had not heard... we walked... I was hungry...

Some hundreds of years may have passed. I don't know. AM has been having fun for some time, accelerating and retarding my time sense. I will say the word now. Now. It took me ten months to say now. I don't know. I think it has been some hundreds of years. He was furious. He wouldn't let me bury them. It didn't matter. There was no way to dig up the deckplates. He dried up the snow. He brought the night. He roared and sent locusts. It didn't do a thing; they stayed dead. I'd had him. He was furious. I had thought AM hated me before. I was wrong. It was not even a shadow of the hate he now slavered from every printed circuit. He made certain I would suffer eternally and could not do myself in. He left my mind intact. I can dream, I can wonder, I can lament. I remember all four of them. I wish- Well, it doesn't make any sense. I know I saved them, I know I saved them from what has happened to me, but still, I cannot forget killing them. Ellen's face. It isn't easy. Sometimes I want to, it doesn't matter. AM has altered me for his own peace of mind, I suppose. He doesn't want me to run at full speed into a computer bank and smash my skull. Or hold my breath till I faint. Or cut my throat on a rusted sheet of metal. There are reflective surfaces down here. I will describe myself as I see myself: I am a great soft jelly thing. Smoothly rounded, with no mouth, with pulsing white holes filled by fog where my eyes used to be. Rubbery appendages that were once my arms; bulks rounding down into legless humps of soft slippery matter. I leave a moist trail when I move. Blotches of diseased, evil gray come and go on my surface, as though light is being beamed from within. Outwardly: dumbly, I shamble about, a thing that could never have been known as human, a thing whose shape is so alien a travesty that humanity becomes more obscene for the vague resemblance. Inwardly: alone. Here. Living under the land, under the sea, in the belly of AM, whom we created because our time was badly spent and we must have known unconsciously that he could do it better. At least the four of them are safe at last. AM will be all the madder for that. It makes me a little happier. And yet ... AM has won, simply ... he has taken his revenge ... I have no mouth. And I must scream.

Email ThisBlogThis!Share to TwitterShare to FacebookShare to Pinterest
Tags: Art, by Massa, Interesting, Literature, Posts in Spanish, The Story of the Week